You are here: Home / In the News / Kentucky makes Louisville-area bypass a top priority for 2020

LOUISVILLE, Ky. (WDRB) – A controversial bypass proposal for Louisville’s outer counties has made Kentucky’s list of top transportation projects for lawmakers to consider funding next year.

The “regional connector” between Interstate 71 in Oldham County and I-65 in Bullitt County was ranked No. 38 among the top 49 statewide projects announced Tuesday by the Kentucky Transportation Cabinet. In all, 17 interstate widening, highway construction and road rebuilding plans in the Louisville area made the high-priority list.

The state agency develops the rankings based on a formula it says weighs safety, congestion, economic development and other factors.

The goal of the Strategic Highway Investment Formula for Tomorrow, or SHIFT, is to provide a “data-driven, objective approach” to funding projects in Kentucky’s two-year highway plan – a budget that historically includes more work than available money.

State legislators will approve a new spending plan when they convene next January.

For the upcoming year, the state recommends setting aside $5 million on “scoping” for a “transportation study” on the bypass. The state already approved a $1.9 million initial study on possible routes that’s now underway.

Focus groups made up mainly of government officials and politicians are providing input on 15 possible routes, which will be pared to three to five by late summer or early fall. A final report is expected this fall.

The concept of a third bypass around Louisville – dubbed “another Gene Snyder” – has riled up some residents and community leaders who are concerned about the impact on mostly rural areas. Bernheim Arboretum and Research Forest’s executive director, Mark Wourms, called the project “downright scary” and “another level of threat to Bernheim.” 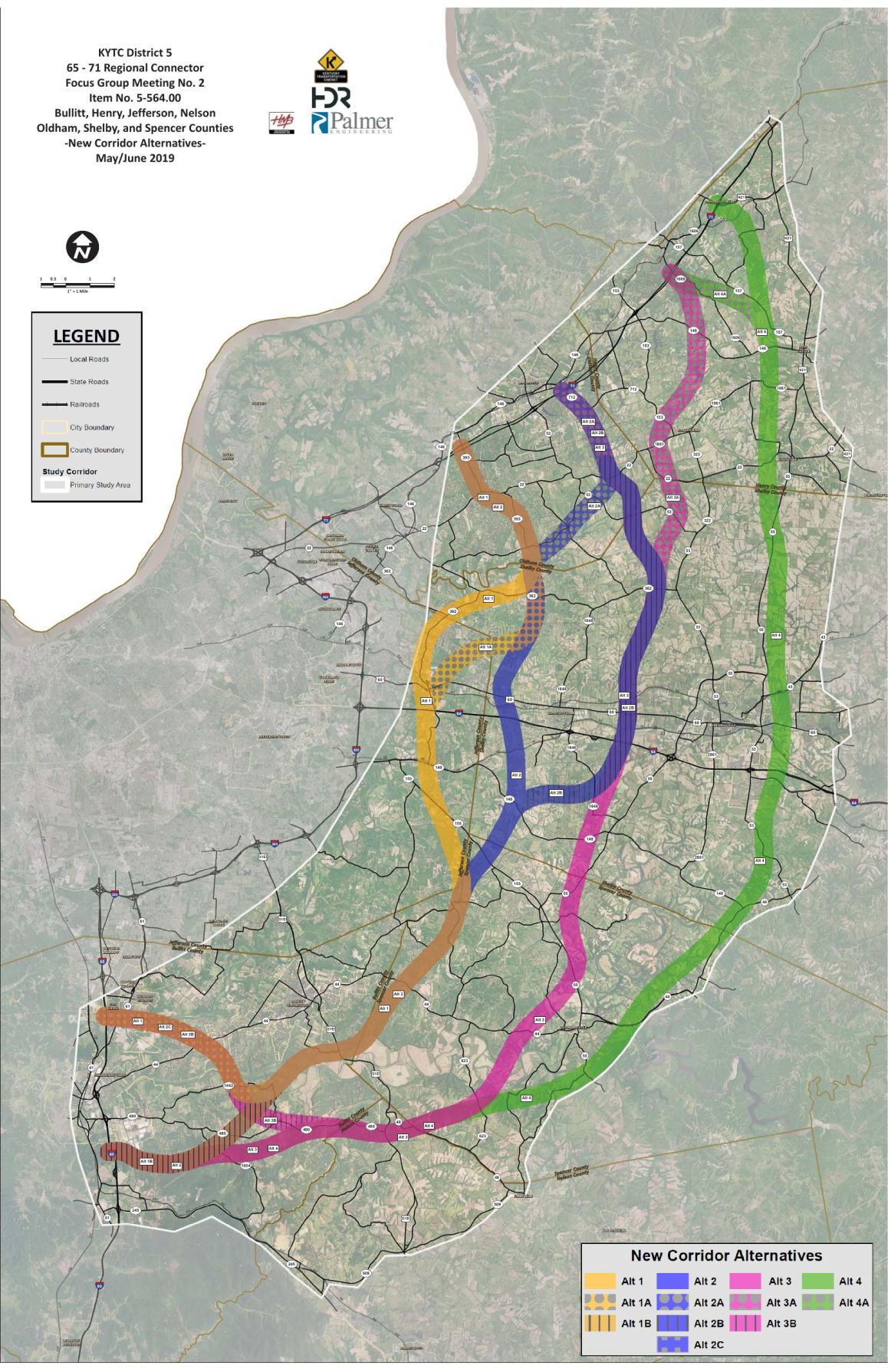 Previous “scoping” studies in Kentucky have evaluated specific roadway alignments and recommended which sections to pursue and made other decisions.

“Scoping in this context means more detailed investigation to determine the appropriate solution,” Transportation Cabinet spokeswoman Andrea Clifford said in an email. “KYTC is considering funding for additional scoping of a regional connector in the 2020 highway plan.”

In the list released Tuesday, the top local priority – and No. 5 in the state — is a $211 million project to widen I-71 between Zorn Avenue and the Gene Snyder Freeway. Earlier this year, the state began planning to add one lane in each direction over that 7-mile stretch.

(State officials also are moving forward on I-Move Kentucky, which would add a lane to I-71 between the Snyder and Ky. 329 near Crestwood among other interstate work on the Snyder and the I-64/Snyder interchange.)

Also ranked on Kentucky’s statewide list in the Louisville area:

•  Rebuilding lanes on I-71 near the Spaghetti Junction interchange near downtown, and “operational improvements” to the I-71 interchange at Zorn Avenue. Cost: $23.75 million; ranked No. 6.

•  Safety and congestion improvements to I-64 between downtown and the Watterson. Cost: $36.55 million; ranked No. 11.

The highest-ranked project overall in Kentucky is a $27.64 million widening of Ky. 922 in Fayette County, followed by the $1.2 billion Brent Spence Bridge project between Kenton County and Cincinnati.