You are here: Home / In the News / Bernheim Forest begins phased reopening

The three months Bernheim was closed marks the longest the forest has been closed since it stopped shutting down for the winter. 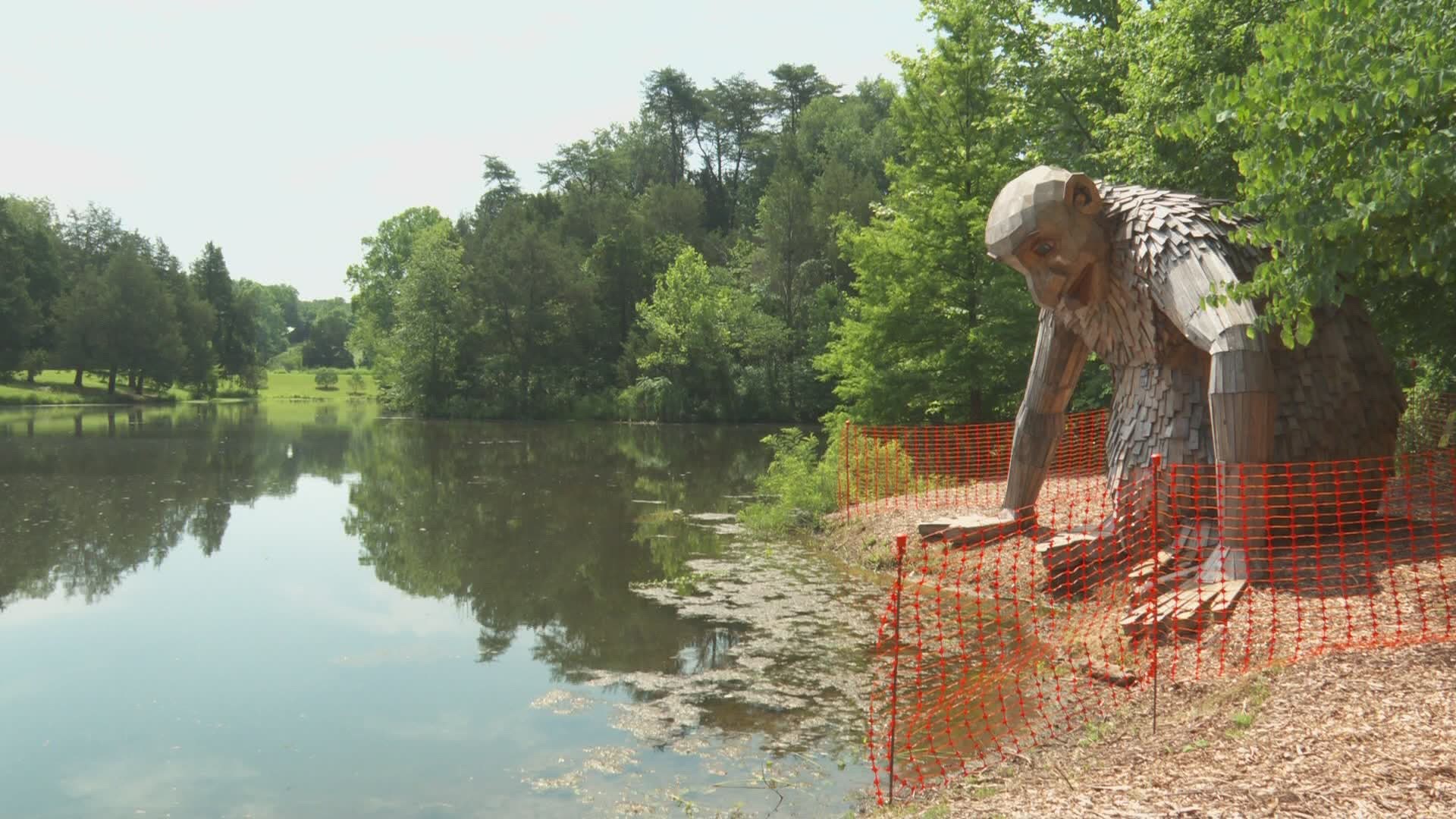 Click here to view video.
CLERMONT, Ky. — For the first time in more than three months, visitors were back on the trails at Bernheim Arboretum and Research Forest, though in a much smaller number than the forest is used to seeing this time of year.

“This is the first day we have visitors in the park again and it just feels great,” Executive Director Mark Wourms said.

Right now, only people with memberships will be allowed inside the park and guests will need to make a reservation. The park will open to the general public starting on July 27.

“I came in the front entrance today for the first time in three months and when I passed the kiosk, I was like, ‘Yes!'” Renee Hutchinson [sic], director of visitor experience, said.

Wourms said the plan is to limit the park to 1,000 visitors spread out throughout the day. Comparatively, the park saw around 500,000 guests in 2019, which is much higher than they were used to, citing the increased traffic to interest in the forest giants installation. Hutchinson said before the coronavirus pandemic, the arboretum was expecting about 80% of last year’s traffic.

Bernheim Forest closed its doors to visitors in March in response to the growing coronavirus pandemic. The three-month closure marks the longest the forest has remained closed at once since it stopped shutting down for the winter.

“Occasionally, a storm will close us down for a day or two but nothing like this,” Wourms said.

While many similar attractions have been open for weeks now, Wourms said Bernheim purposefully took a conservative approach to opening. He said it was important to have the science surrounding the coronavirus pandemic back up their phased reopening plan. He also cited issues of crowds at the forest’s more popular locations, like the wooden forest giant installations.

“Unfortunately even with 16,000 acres, we were finding ourselves having bottlenecks,” he said.

According to Wourms and Hutchinson, the phased approach to reopening was constructed with a lot of staff input to ensure staff and guests felt safe whenever they started returning to the park.

“Ultimately this does fall back on our staff members and we wanted to make sure that all staff are comfortable and that we have everything in place,” Hutchinson said.

For the several people who braved the heat and humidity to visit Bernheim on its first day back open, the trip was worth it. Ashley and Michael Strain said it was their first time visiting and that it was worth the drive from Lexington, where the two live.

“My mom lives in Utah and she wanted to visit us and said she’ll pay for the membership if we’ll take her here,” Ashley said. “Kentucky has some of the best kept natural areas that I’ve ever seen.”