You are here: Home / Bernheim History / Growing Up in Bernheim Forest 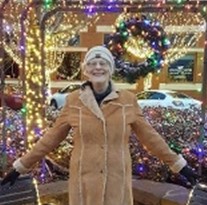 It is difficult to think of a better place to grow up than Bernheim Forest, surrounded by natural beauty and immersed in the serenity of the forest, the streams, the ponds, and the host of creatures that inhabit the land. That was the life experienced by Bette Towns.

Bette (Elizabeth) was the daughter of Robert and Hallie Paul. Robert Paul was the Executive Director of the I.W. Bernheim Foundation following the passing of Isaac Wolfe Bernheim in 1945, until his own death in 1981. He had been intimately involved in the forest’s development from its founding in 1928.

Bette was born March 22, 1943, which was the right moment to watch as the forest developed and visitors were invited in. The Paul family had a home in the quiet Tecomahs neighborhood in Louisville but spent much of their time living in a guest cabin in Bernheim. Bette spent her summers and weekends in spring and fall in the cabin. Her father made a practice of letting her tag along at least one day a week as he inspected the various activities in the rapidly developing forest. She even managed to make the climb to the top of Bernheim’s fire tower years before it was open to the public.

After completing high school in Louisville, Bette went on to college at Western Kentucky State College (now WKU) and then the Art Institute of Chicago. In Chicago, she met and married James Towns. There they started their life together before moving to Donalsonville in the southwestern corner of Georgia where they raised two daughters and a son. She was active in the community there and was employed as the secretary for the Board of Education for many years. She particularly enjoyed community theater where she spent some of her happiest times while working as the stage manager and even directed a play at the Olive Theater in Donalsonville. She enjoyed writing poetry, short stories and children’s stories. She even wrote a novel, The Peterson Web which was published in 2004.

Bette never forgot her life at Bernheim and was delighted to revisit the forest in 2016. After driving along Paul’s Point Loop and viewing the overlook, both named for her father, she made another climb up the fire tower, nearly 70 years after her first visit. I was pleased to be able to meet her there and have an interesting conversation with her before she went off to see the rest of the forest where she grew up. 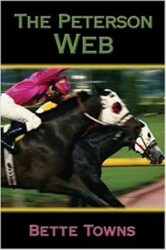 Bette Paul Towns passed away on July 24, 2019 at the age of 76. She was present during a critical period in the history of the forest and it made a lifelong impression on her. Her novel was set in this area of Kentucky and includes a chapter set entirely in Bernheim. She clearly drew on the special memories of how she experienced the forest as a child.

Rest in peace, Bette. May we all see this extraordinary place with the eyes and wonder of a child.