You are here: Home / Bernheim History / Why Are We Here? 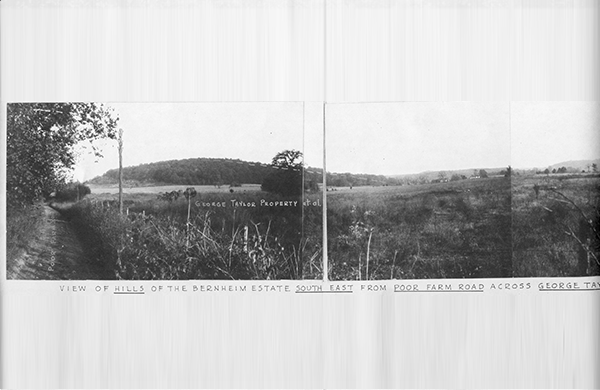 No, this isn’t an existential question, nor is it about the mission of Bernheim Arboretum and Research Forest. That has not changed since Isaac Bernheim made it clear when he invited everyone to “re-create their lives in the enjoyment of nature and the many Blessings she gives.” Rather, I’d like to trace the history the decision to locate the forest in this section of Kentucky, in Bullitt and Nelson counties.

This story started in 1927. At that time Mr.. Bernheim had retired from actively running his business and was living in Denver and spending the colder months in Florida. On August 27, 1927 he sent a letter to Sidney Jenkins, the president of I. Sidney Jenkins & Company. The Jenkins company was involved in buying, selling, and managing estates and industrial properties. Mr.. Bernheim did not know Mr.. Jenkins at that time and offered a cover story for his purchase. He wrote, “A friend living in the East contemplates location of a Shooting Lodge in Kentucky and for that purpose requires a body of land from 2,000- to 3,000 acres.” This was an obvious mistruth, apparently intended to avoid inflation of the price to take advantage of his wealth. 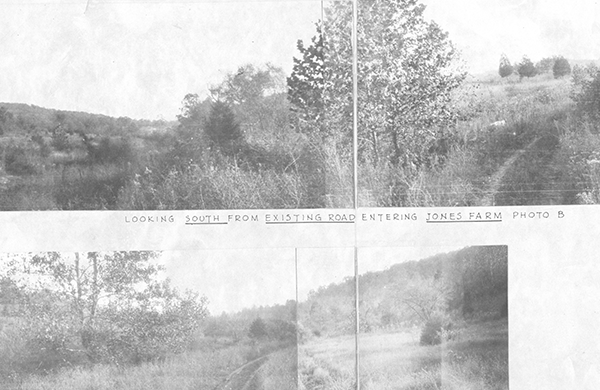 The actual reason for the purchase is obvious to us today. The creation of an arboretum had long been a dream of Isaac Bernheim’s. His thinking on the amount of land he wanted would vary over the following months in 1927 and 1928, but he had other requirements that remained constant. In a letter to Mr. Jenkins on September 8, 1927 he refined his requirements, “3,000 acres as a minimum…reachable from Louisville by at least one Arterial Highway. Railroad connection is desirable…a few hundred acres of good woodland…one fair sized water course…an all year round flowing stream.”

Mr. Jenkins was enthusiastic about the large purchase and the substantial commission that he could earn. His immediate thought was a tract of about 4,000 acres located in Nelson County (now known as Bernheim’s South Block) that was being offered for sale by Dr. Robert Wedekind. He was concerned that it might be more land than was needed for the “Shooting Lodge”. This tract of land would not be forgotten but other areas would first be considered.

Mr. Bernheim was very interested in the area of southern Jefferson County. He thought that the land there could be ideal for his purposes. Unfortunately, it would be difficult to assemble enough individual properties to fashion a block of land of the size he was interested in. Land in that area was primarily in smaller tracts and it likely would have taken years to put together a property of the size that Mr. Bernheim wanted. Jefferson Memorial Forest is in that area and was founded in 1946 with only 736 acres. Even with numerous additional land acquisitions this fine facility remains nearly 10,000 acres smaller than Bernheim.

Four sites along US Highway 31W and the Louisville & Nashville Railroad line were considered. One was in the Kentucky Barrens along the Green River. That area was removed from consideration due to its distance from Louisville and the lack of land available to purchase. The other three were in Hardin and Meade counties. One was the area around Muldraugh (Muldraugh straddles the Meade-Hardin County border) and another was near the community of Tip Top. Neither had the water resources needed. They also shared a more serious problem that was not mentioned: Fort Knox. Muldraugh was bordered by Fort Knox in 1927 and, after additional land was added at the beginning of World War II, became a civilian community totally surrounded by the post. Apparently unknown to Mr. Bernheim, the small community of Tip Top, just north of Godman Army Airfield, was no more, having become part of Fort Knox. A tract of land near Vine Grove was also mentioned. However, at about 400 acres it was far too small for the forest being planned.

The land around the town of Fordsville was also considered. This community in Ohio County had a population of about 570 in 1927 and is about the same size today. The gently rolling farmland in the area might have worked, however, no large tracts of land were for sale and the area was quite a distance from Louisville. The drive today takes about 90 minutes and may have taken twice as long using the roadways and vehicles of the late 1920s.

The focus of the search returned to Bullitt and Nelson counties. During these initial months of the search for land, it is clear that Mr. Bernheim’s vision had expanded. Knowing of Dr. Wedekind’s financial troubles, it was clear that more of his property would soon be for sale. The land sale would now include approximately 12,500 acres that had become the property of the Royal Indemnity Company after Dr. Wedekind was unable to pay his debts.

At least two other serious competitors were looking at purchasing the property. Both were interested in it for the timber and sent employees to examine the property. The men, known as cruisers in the timber industry, traveled over the land and assigned a value based on the harvestable trees. The scarcity of marketable trees kept the bids of those firms at the low end and made it possible for Mr. Bernheim to make the winning bid and take possession on May 1, 1928, just eight months after he began his search. Layton Hodge moved into the home Dr. Wedekind had vacated and became Bernheim Forest’s first employee. Several sources, including Wikipedia, state that the land was purchased for $1 an acre. In fact, Mr. Bernheim paid $90,000 for 12,500 acres and another $9,000 for 640 additional acres seven months later. That equates to $7.53 per acre, equivalent to $113.47 in 2021. The lack of mature trees that kept the price down would also be a major factor in the 22-year delay between the purchase and the opening of the forest to the public in 1950.

Isaac Bernheim wanted land with a good road access for visitors from the Louisville area and, if possible, a train station. The road to Bernheim in those early years was actually quite primitive. The train station at Limestone Springs (now Chapeze Lane) is a short distance from Bernheim and was used for transporting supplies to the Forest. It was the location for the shooting of the Czechoslovakia scenes in the 1981 movie “Stripes”

Today we have the benefit of Mr. Bernheim’s vision and generosity but also those years of growth and hard work that have combined to make what Bernheim Arboretum and Research Forest has become. His requirements for the forest that bears his name have been met and exceeded. The forest protects 16,140 acres of land in the verdant Kentucky knobs with 13 streams totaling 90 miles and 73 ponds and wetlands, all within a convenient drive for well over a million nearby residents. We hope that you visit often and “re-create” your life in nature.