You are here: Home / In the News / These giant trolls live in a forest 2 hours from Nashville, Tennessee 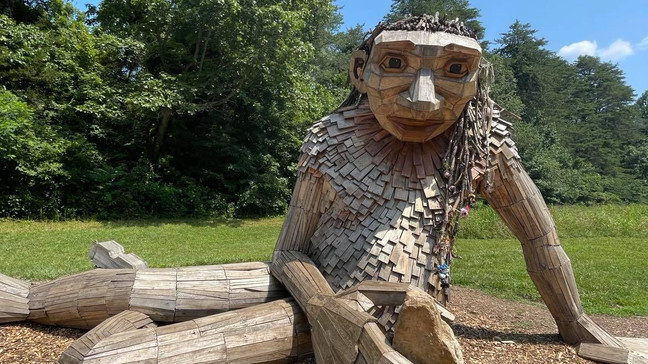 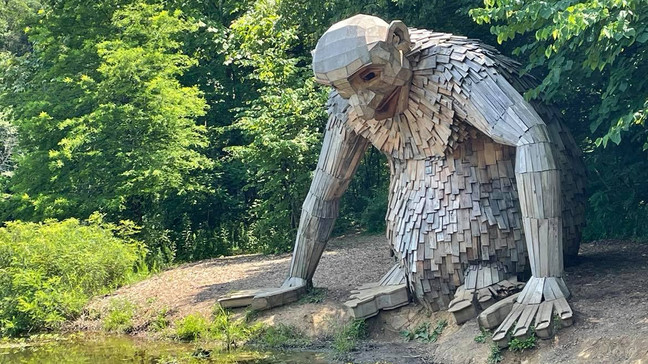 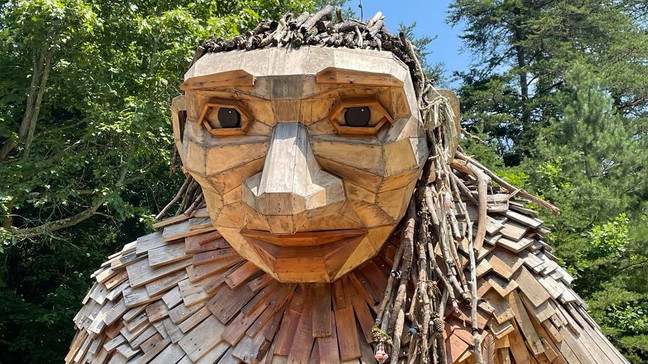 NASHVILLE, Tenn. (WZTV) — Those looking for a giant adventure need only to drive about two hours outside of Nashville to stand in awe of the massive trolls that live at Bernheim Forest.

Kids and parents alike will be filled with wonder at the sight of pregnant giant Mama Loumari and her two children, Little Nis and Little Elina. 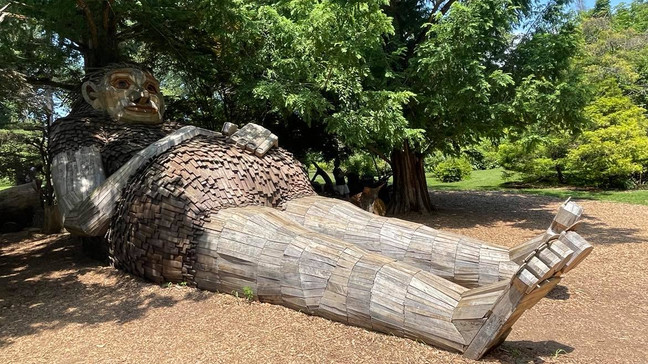 They’re the works of world-renowned Danish artist Thomas Dambo, who used recycled wood from the area for his creations.

Click here to the giants’ fairy tale story or listen to it below:

Dambo was commissioned to create the giants as part of the forest’s 90th anniversary in 2019.

Guests can follow trails, marked by giant yellow footprints, to see the giants in their forest habitat. There are also natural play areas nearby.

The Bernheim Arboretum and Research Forest is in Shepherdsville, Ky. The forest is free to enter, but a $10 donation per car is suggested. 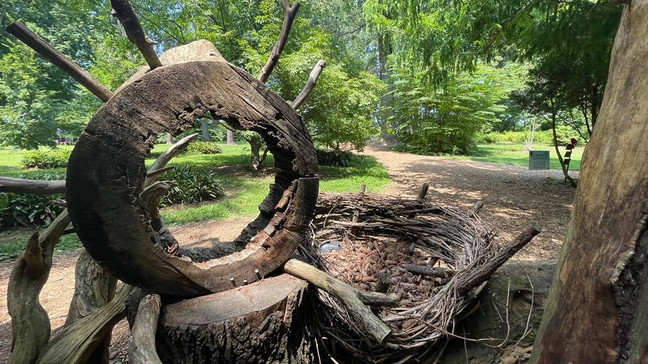 When they were built in 2019, the giants were expected to live in the forest for three years.

Make a day out of the forest or also check out nearby Bardstown, previously named “The Most Beautiful Small Town in America.”

Sculptures created by Dambo can be found across the U.S., including another one in Tennessee. Check out the troll map to find one near you.