You are here: Home / In the News / These 2 golden eagles return to Bernheim, and each other, every year

CLERMONT, Ky. —Did you know staff at Bernheim Forest track the path of two rare golden eagles? In fact, they’ve been doing it for the past 10 years.

Each year, a male eagle named Harper and a female named Athena migrate between Kentucky and Canada.

This year, they left Kentucky in late October. They took different, but similar routes to and from Manitoba before returning to Bernheim, and to each other, in late November.

In total, they each traveled nearly 1,700 miles.

Bernheim researchers said Harper arrived first on Nov. 16. He visited some of his “favorite locations” while he waited for Athena to arrive. 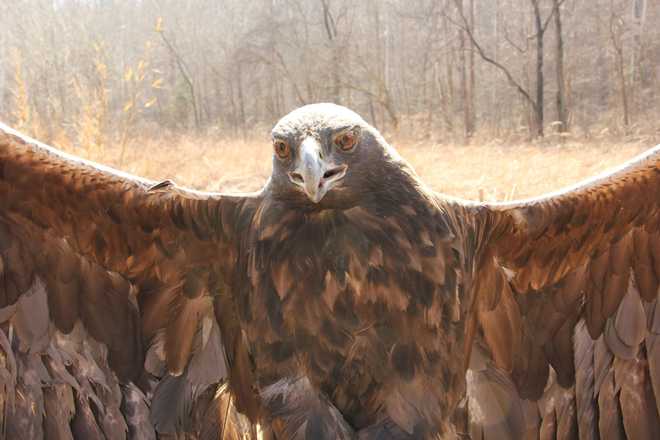 They said Athena took her time, stopping more frequently over several stretches in northern Indiana. And when she arrived on Nov. 25, she spent one night alone, with Harper less than 2 miles away. 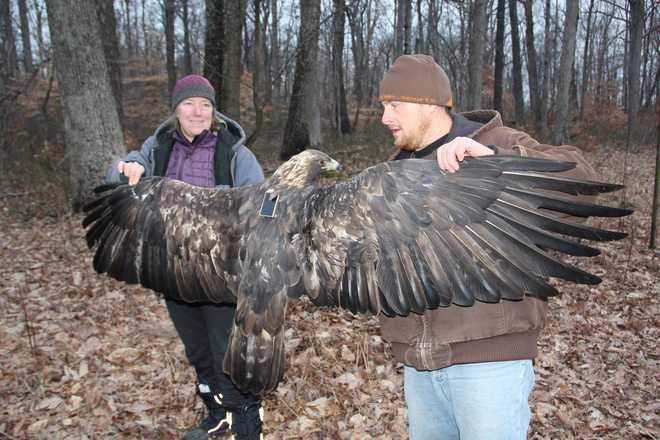 The love birds finally found each other the next day and flew together to a high knob. So romantic.

How the birds are able to reunite after separating and taking different paths is still a mystery, hence Bernheim’s fascination. 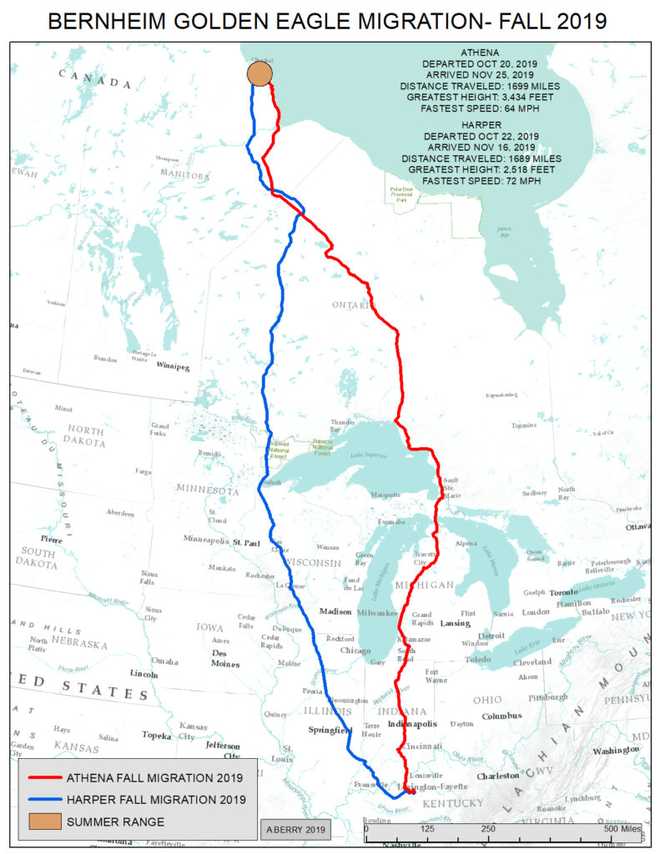