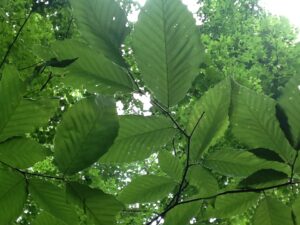 While beech trees (Fagus grandifolia) are often prominent shade tolerant trees found in moist hardwood sections of Bernheim, they seem to be proliferating even in some dried upland areas of the forest these days. Beech trees are easy to identify by their gray bark, which is usually silky smooth but occasionally very wrinkled to resemble an elephant’s hide. These trees add an air of elegance along this trail and many other trails at Bernheim. The leaves sound like paper bags when tussled about during the growing season, except for the youngest spring foliage. Beech nuts provide food for many kinds of wildlife including squirrel, red and gray fox, wild turkey, and other birds. It was a favorite food of the passenger pigeon which some say became extinct in part because of forest clearing and the loss of significant stands of beech trees and the nuts on which the birds feasted. In many sections of Appalachia, it was a common practice for farmers to let their hogs fatten up in the beech woods, giving the farmers bragging and bargaining rights at the market, where they could proclaim with pride that theirs hogs were beechnut fed. Whether intentional or not, I think it clever of the Beechnut company to tap into a brand name that signified quality. 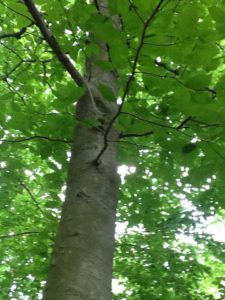 We will revisit our beech trees later in the season when their leaves turn a lovely shade of copper. But for now I hope you’ll continue along this path and discover other tales along this trail.

Today I was rewarded with an abundance of mushrooms that I have yet to identify. 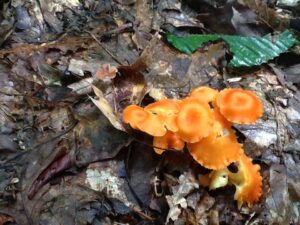 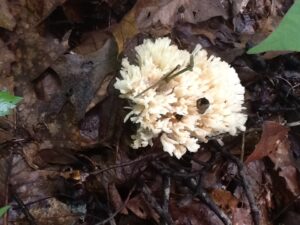 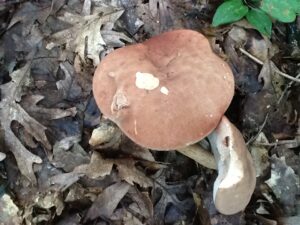 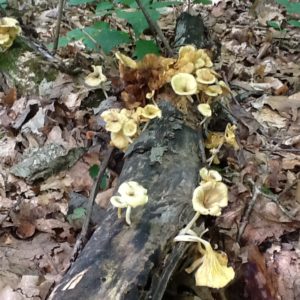