Home » Reflections of a Ranger #4: Awe in Nature 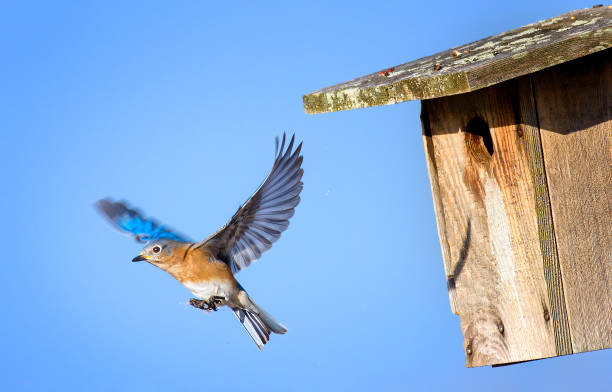 I have had a few experiences recently, while here at Bernheim, in which I felt a sense of awe wash through me. Awe can be defined as a feeling we have in the presence of something vast that challenges our understanding of the world. This can be felt as transcendence, wonder, or amazement! Awe is capable of deconstructing not only our view of the world, but our ego as well, if we can allow ourselves to step aside and simply observe and feel what is taking place. For this Ranger, this is what happened just before our Monday Meditation on Memorial Day.

I invited my wife Debra to attend our noon meditation this day, and she brought her Native American flute along, which she will occasionally allow me to play, as she did that day. The Native American flute can be very soothing, even if I happen to be the one playing it. As I was playing the flute that day, we began to notice that the birds around us seemed to be singing along, while becoming more inquisitive as they began to perch nearby, even sitting on the picnic table right next to us. As I continued to play, a single bluebird floated down from the pines and hovered about four feet off of the ground right in front of us, just watching and listening to the music of the flute. The bird settled in the grass seconds later still watching, still observing, still listening to the flutes mellow tones. About twenty seconds later, it lifted itself up from the grass and once again, settled in the canopy of the pines all the while continuing its own song.

The entire experience, with the bluebird in particular, was astounding to us. The bluebird was engaged not only with the music but with us. What are we to make of these intersections, these convergences that lead us to an unfamiliar threshold, to a space that lays in between what are seemingly two worlds. This was for me, the third time in less than five days, in which I was left awe struck while at Bernheim. Debra and I just looked at one another and smiled. For Debra this, was more than simple observation, it was grace, truth and beauty. There was an exchange, a dialogue which took place at the threshold to a space in between two realms, two worlds, two very different beings. Call it generosity, call it gratitude, call it an embrace, it will still remain beyond mere words, as we discover that there are times in our life when language is not enough, even as we try to grasp for words that we think can fill the space where a sense of wonder and awe generously caressed us. Perhaps, the best any of us can do is to bow and simply say thank you!