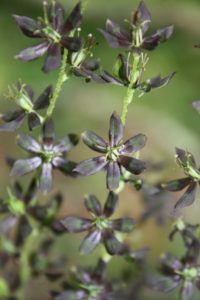 Some of the most important information needed to manage an ecosystem is a clear understanding of the species found in the system. Many times natural areas managers don’t know what they have until it’s gone, and it is extremely important to know what plant and animal species are found in an area in order to protect rare species and remove invasive species. This is usually done by biological surveys conducted throughout the year. One of the most important groups to understand and survey is plants since they are the baseline of any ecosystem. Bernheim Forest has conducted several vegetative survey in its 90 year history, including one done in the 1950s and another in 1980s. In the past two decades, continuous surveys have been conducted adding over dozens of new plant species to the Bernheim list. Bernheim now has 910 plant species within its boundaries, and we hope to add to that number.

Knowing what plant species are found in an area is not enough for natural areas management, it is also important to understand trends in populations of rare plant species and invasive species. Bernheim has been studying several rare plants to determine natural trends and how management is affecting these populations. These include but are not limited to the following: