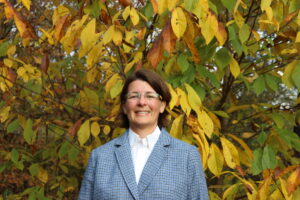 Visitors to Bernheim get to experience many wonders, from trails through its vast forest to the Edible Garden and of course the Giants. But not many visitors get to have personal encounters with our staff to learn their stories. This casual chat with Director of Horticulture and Sustainable Landscapes Renee Frith is the first in a series of conversations between Education Director Kristin Faurest and other members of Bernheim’s staff.

We’re all eager for travel now. Take me to some of your favorite places.
I love New York. I love to go to this one deli, get this high calorie Italian sandwich, and go to Washington Square Park and watch everybody play chess. One of my friends has been working for the parks department since college – he’s renovating all the pocket parks in NYC so it’s nice to see a little bit of what he’s been doing every time I go back and visit. I really love Arizona — the Tucson area has some of the best hikes including the Phoneline Trail in Sabino Canyon in the Coronado National Forest. The coolest thing I’ve ever seen out there is a Gila Monster. I love going around late March-early April, one of the best times for cacti and pollinators. A good small pocket botanical garden there is Tucson Botanical Garden in Arizona. They really celebrate Hispanic culture and also indigenous populations to Arizona. 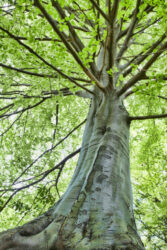 What are your must-reads?
We call it the Woody Plant Bible (Michael Dirr’s Manual of Woody Plants). It’s a scientific read. I wouldn’t say it’s riveting, but it was integral to everything that I studied — probably my most important book in college. I wasn’t a very prolific reader when I was young — I was dyslexic — I still am to a degree. I got a lot of help. It wasn’t until college that I actually started saying, “I can do this,” and I got my confidence back – now I’m a voracious reader. I like anything that has to do with plant discovery, horticultural history. One book that comes to mind is American Eden: David Hosack, Botany, and Medicine in the Garden of the Early Republic by Victoria Johnson, about Dr. Hosack and his struggles to get the first botanical garden in America. 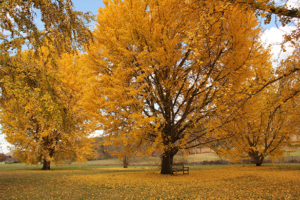 How’d you find horticulture as a career path?
I started in psychology when I went to Auburn. As I would walk back and forth between my house and where I was taking classes, I would pass Davis Arboretum and there were all these cool trees. One day I just thought, “I don’t wanna do psychology. These trees are pretty cool.” I talked to my mentor and told him I liked the arboretum and he sent me to talk to a professor in Horticulture. I moved over to Horticulture after that and never looked back.

What are the things that really spark you when you talk about plants?
It’s going to sound weird, but I like figuring out why trees fail. Really understanding the structural components of a tree and how that works. Figuring out the mechanics of nature, like after a storm if a tree falls or a branch breaks. I also really really enjoy, on some level, teaching — seeing other people get excited about plants, that’s what does it for me! 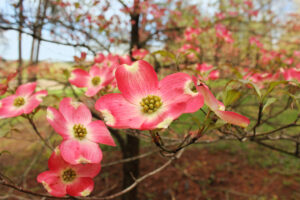 What are some of the things that horticulture needs to bring in the 21st century?
A lot of the time horticulture loses sight of who we’re serving, and we end up serving humans when we should be serving nature. I think there’s a way to do both. Everything started with discovery: as humans colonized areas, they brought what was familiar. Then we got into a collection mentality that said hey, a botanical garden will be a repository for every species of crape myrtle or every species of camellia.  The collections-based mentality needs to turn into a sustainability-based mentality. Instead of putting the value on aesthetics for humans because this or that plant has the best bloom, look at it as: this plant has food web value, it’s a host species, it’s a larval species, but it also has a pretty bloom. That way you’re putting the environment first, and a human aesthetic second. That’s how we shift the collections mentality. There’s also the need to engage more diverse communities. While I was going through the Horticulture program at Auburn, I remember there being one African-American student in our class of 60. It wasn’t because no one could get in, we weren’t maxed out. Horticulture, especially in the south, is often production horticulture because you have a longer growing season and can ship those plants. It’s an old white profession and that’s how it’s seen. Norfolk Botanical Garden was built on the back of 200 mostly African-American women who cleared it by hand. And then they weren’t allowed in that garden due to segregation. There is a definite stigma around the profession that says that’s a white thing. How do you change that? Through engagement. You have to be willing to start in one spot and you blaze that corner and make one connection, one network.