You are here: Home / Deep Connections with Nature / Bernheim’s Park in the Dark 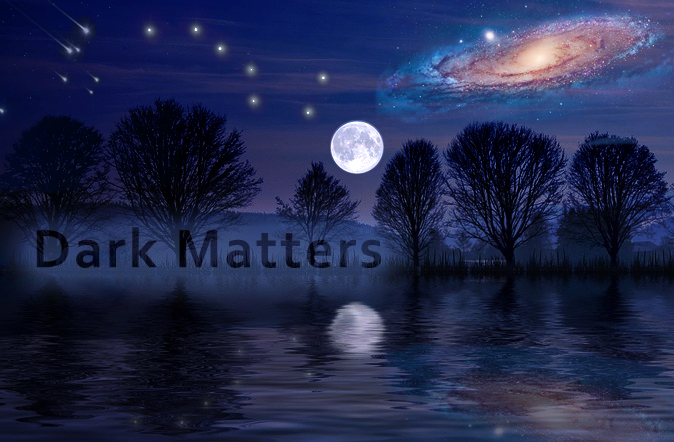 Is Bernheim Arboretum and Research Forest a national park? Absolutely not! Thanks to the vision and dream of Issac W. Bernheim, Bernheim Forest was given to the people of Kentucky in trust and is a privately owned natural area, so it is neither a state park nor a national park. So what do I mean by “Bernheim’s National Park in the Dark?”

Bernheim may not have an Old Faithful geyser, sequoia trees, or cliff dwellings, but it shares the same awe-inspiring night sky as all the other national parks. Each night when the sun goes down, Bernheim becomes a “National Park in the Dark” in that its dark sky offers the same night sky experience as other national parks like, Yosemite, Zion, and Bryce Canyon, all of which are famous for their “Park in the Dark” night programs.

Why is the night sky viewed within a national park or within Bernheim any different from stargazing in your own backyard? The amount of light pollution present is the biggest factor. Bernheim is an island of darkness surrounded by an ever-growing lit world. On a clear night in Bernheim, it’s possible to see the Andromeda Galaxy, which is an incomprehensible 2.2 million light-years away, without needing binoculars or a telescope.

While Bernheim has exceptional night sky viewing, unfortunately, that doesn’t mean it has been spared from the impact of light pollution. One hundred years ago, the darkest nights would have been moonless, cloudy nights. Today, however, cloudy nights are the brightest nights in Bernheim. This happens when unshielded lights of nearby towns allow light to shine upward, then reflect off the bottom of the clouds, bouncing back down, lighting up the area. As towns grow, without an effort to limit the amount of upward shining lights, Bernheim will gradually lose more darkness. On the “bright” side, light pollution is one of the easiest and most cost-effective pollutions types to solve. Sadly, raising awareness about light pollution and the negative impact of poorly managed light is far more challenging than solving the problem!

But for now, the night sky viewed from Bernheim is clearer than what 80% of the rest of the U.S. population can see. What exactly can you see from within Bernheim that the other 80% is missing? Besides many of the fainter stars and planets, one major missing feature is the broad swaths of light, described by the ancients as “a river of milk through the sky”, which is the outer spiral bands of our home, the Milky Way galaxy.

Preserved among all the stars and planets are the cultural stories contained in the canvas of overhead constellations. An argument could be made that we should consider the night sky a World Heritage site, in that our planet’s human intellectual history is there, shining brightly after dark, for all to see. Consider the familiar shape of stars we know as the Big Dipper. For thousands of years, cultures around the world, even though they were all looking at the same seven stars, told many different stories to describe them. Each culture would relate the star pattern to what was sacred in their local ecosystem or customs. In the parched desert of Africa, they imagined it as a drinking gourd. In our southern states, enslaved people knew to follow that drinking gourd to freedom. In coastal areas, the Big Dipper represented a boat. In Ireland and the United Kingdom, it was traditionally known as a plow. Alaskan Inuit folklore describes the Big Dipper as a polar bear, but in island cultures, where there are no bears, it was a shrimp or lobster. Though they all may have used different objects, it reveals the universal need for all cultures to assign meaning and value. So, don’t be surprised when you attend a Bernheim night program to hear stories about cultures half a world away. It’s important, and fun, to learn how all the world is truly connected.

The night sky (or darkness in general), isn’t only about stargazing. A recent Facebook post made by the National Park Service offers another tantalizing reason why we should cherish our night skies:

“Sometimes forgotten is the importance of natural darkness for wildlife. Nearly half the species on Earth are nocturnal—active at night instead of during the day. The absence of light, natural or otherwise, is a key element of their habitat. Many species rely on natural patterns of light and dark to navigate, nest, mate, hide from predators, and cue behaviors.”

In Bernheim, we know the Moon cycles are deeply connected with some nocturnal life. Whip-poor-wills time their mating with the Moon cycles, so their young will hatch a few days before a full moon. Whip-poor-will babies have a never-ending appetite, and during the full moon, parents can hunt and catch insects more successfully to fill their hungry bellies and increase their babies’ chances of survival. Rabbits, which are very active at night, stay closer to their burrows during a full moon, a time when predators can see better, yet hop further away from home during the darkness of a new moon. Fireflies flash their silent sparks more intensely during the new moon, taking advantage of the extra darkness to attract a mate.

As COVID eases, we’re excited to once again offer limited night programs and provide the opportunity for all to experience “half the park is in the dark“, through our wide range of astronomy and wildlife night programs such as Laser-guided Star Tours, Full Moon Hikes, Timberdoodle Dances, Bernheim’s Bioluminescent Forest, Froggy Night Adventure, Owl Prowl, Singing Whip-poor-wills and more. Be sure to watch the Bernheim website and the Forest Echo newsletter for all the ways to have some fun without the sun! Join us and be delighted at how magical Bernheim can be at night. Once you experience it, we think you’ll agree there should be a Bernheim “National Park in the Dark”.