You are here: Home / In the News / ‘Love birds’ reunite once again at Bernheim Forest to spend winter together

Do you know the tale of Bernheim Forest’s Golden Eagles?

It really is a love story for the ages.

Each year, a male eagle named Harper and a female named Athena migrate between Kentucky and Canada.

They take totally separate routes to and fro, but somehow, always find each other at the end.

Bernheim staff know this because they have been tracking them for over a decade.

Earlier this year, researches figured out the two were an actual breeding pair, and said Athena had laid multiple eggs.

Staff just released their latest update on the pair, saying they have once again met up at the forest. They said Harper returned Nov. 23 after a 40-day migration. Athena’s trek was only 30 days, and she arrived much earlier, on Nov. 8. 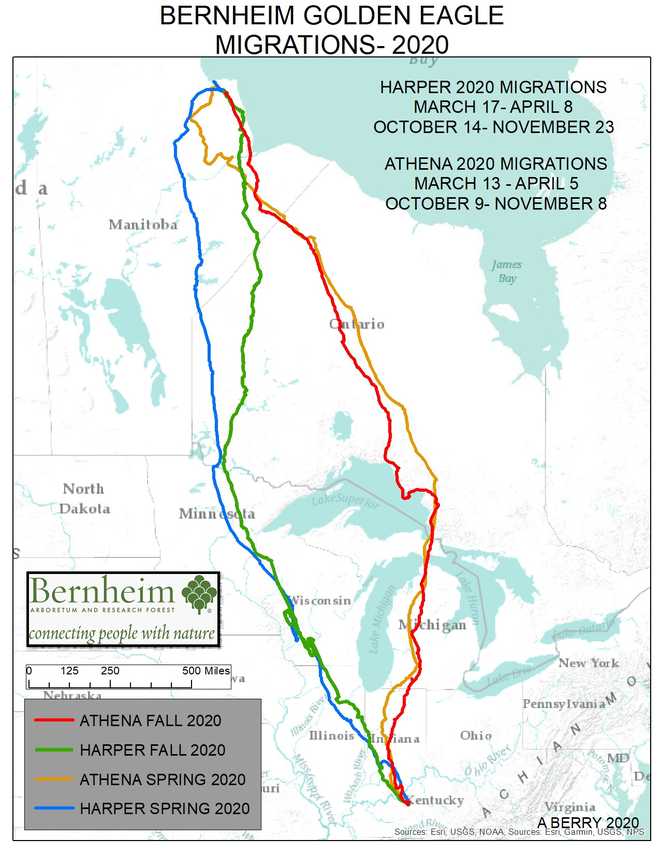 How the birds are able to reunite after separating and taking different paths is still a mystery, but that’s part of what makes the pair so fascinating.

You can read more specifics about their routes this fall, and keep up with all future discoveries on Bernheim’s website.