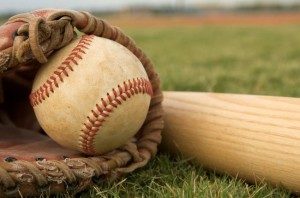 It is October and many of us are looking forward to the World Series, the annual baseball championship that has been held since 1903. I suspect that very few visitors to Bernheim Forest are aware of the connection between the Bernheim family and the founding of this event. Possibly you think the connection would be with the ash and maple trees, the primary source of wood for baseball bats or the hickory that preceded those two species in the early years of baseball. All three species are certainly found in great numbers at Bernheim Forest.

There is a more direct link. Isaac W. Bernheim’s nephew, Barney Dreyfuss, came to this country in 1881 at the age of 16 to work in his uncle’s wholesale bourbon business. He stayed with the family business until 1898 when he left to take over ownership of the Louisville Colonels, a professional baseball team in the National League. The team, unfortunately, had performed poorly and was eliminated from the league that same year. Dreyfuss was able to use his ownership in the failed team to purchase part ownership in the Pittsburgh Pirates and to become that team’s president. He was also able to bring from Louisvile several star players including future Hall of Fame members Honus Wagner and Rube Wadell. Within three years, Dreyfuss was able to purchase the remaining interest in the Pirates.

In 1903, Barney Dreyfuss led the effort to determine baseball’s overall championship by initiating a season-ending series pitting the National League champion Pirates against Boston, the champion of the newer American League. The series was not played the following year but had proven so popular that it was brought back in 1905 and has been a staple of the sport and American culture ever since. The Pirates did not win that 1903 series but under the leadership of Dreyfuss had many successful seasons, winning six National League Pennants and won the World Series in 1909 and 1925.

So please visit Bernheim Forest often and enjoy those hickory, ash, and maple trees. Also stop in the Education Center and see the excellent display showing how a Louisville Slugger baseball bat is made and learn about the threat posed by the Emerald Ash Borer. In addition, when you watch the World Series, keep in mind yet another way that the Bernheim family changed America.