What was first reported Thursday as a grass fire near some woods and a residence ended up burning many acres near Boston and Bernheim Forest.

Chief Billy Mattingly said Nelson County Fire and Rescue got the call from E-911 Dispatch about 1:30 p.m. Thursday. When they arrived, there was a large brush fire on Hurricane Hill off Ky. 733. Lebanon Junction firefighters arrived about the same time, and later Boston Fire and others responded.

“We ended up with about 11 fire departments,” Mattingly said.

Bardstown Fire, Shepherdsville, Southeast Bullitt and Rolling Fork, to name a few, were among them.

Mattingly said firefighters worked until about 8 p.m., when personnel from the state’s Division of Forestry took over.

“They had lines around it and were going to let it burn out,” he said, but about 11:30 that night, county firefighters were called back in because the fire kept flaring up again.

Mattingly explained that fire breaks — 10-12-foot paths cleared to remove the fire’s fuel, will usually stop a brush fire. “But with these high winds, it was pushing it over the break lines,” he said.

The chief said firefighters set up a perimeter around the house nearby, and it wasn’t endangered.

On Friday, firefighters were called out again.

Mattingly said NCFR got a call about 2:45 p.m. that the Division of Forestry was going to do a back burn and needed additional people on hand, but before they could get a truck out of the station, the call was canceled.

At that time, the fire was still burning.

“It’s probably going to burn through (Saturday) when it rains,” Mattingly said. 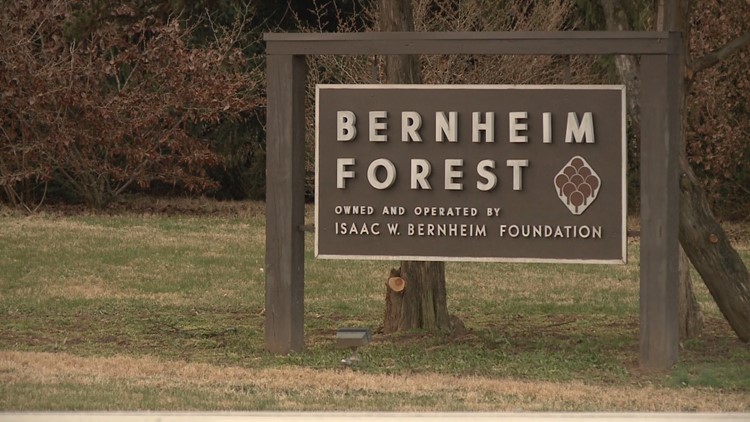