You are here: Home / Actions Beyond Our Borders / Harper and Athena arrive in Canada on opposite sides of Lake Superior 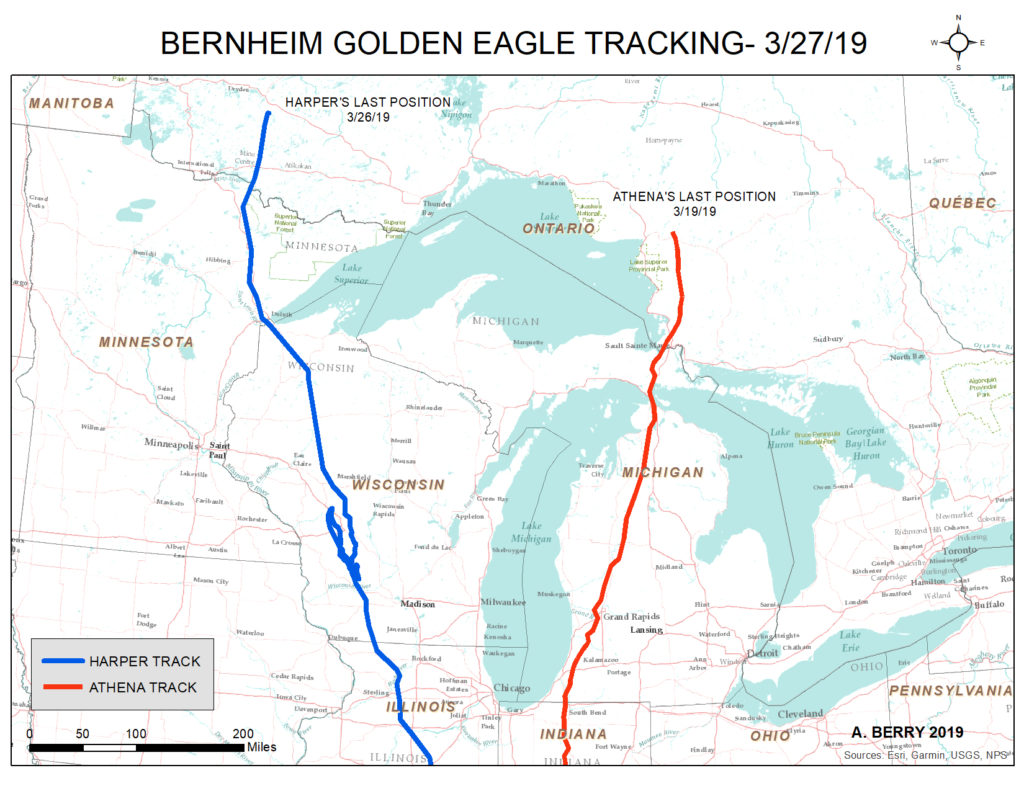 The golden eagles tracked from Bernheim Forest continue their migration north. Both eagles have successfully navigated the lower 48, now entering Canada and heading north. In the last post, I commented on how they seemed to be on separate paths, and they continue to be about 400 miles apart as of the last data updates. As of March 19, Athena had veered back west after crossing the Great Lakes at Mackinaw City, Michigan and entering Canada on the east side of Lake Superior. The path for Harper was similar to previous years, traveling west of Lake Superior at Duluth, Minnesota and flying over the Boundary Waters area to enter Canada. He took his time through Wisconsin and when he entered the hill country switched back south, a behavior we had seen in his previous migrations for this area.

We expect the eagles to check in via cellular tower much less in the coming days. Once they enter Canada they may go for months without transmitting data until the fall migration. Harper will sometimes check in at Churchill, Manitoba. We are excited to learn where Athena will spend her summer, and there is a possibility she will transmit data again along the way but it has been 7 days since we last received an update. Stay tuned – Harper has less than 700 miles to go and is expected to arrive in Churchill first week of April. Now that they have left the lower 48 we will compile some numbers for flight and stopover locations for the next post.