Featured Plant of the Month 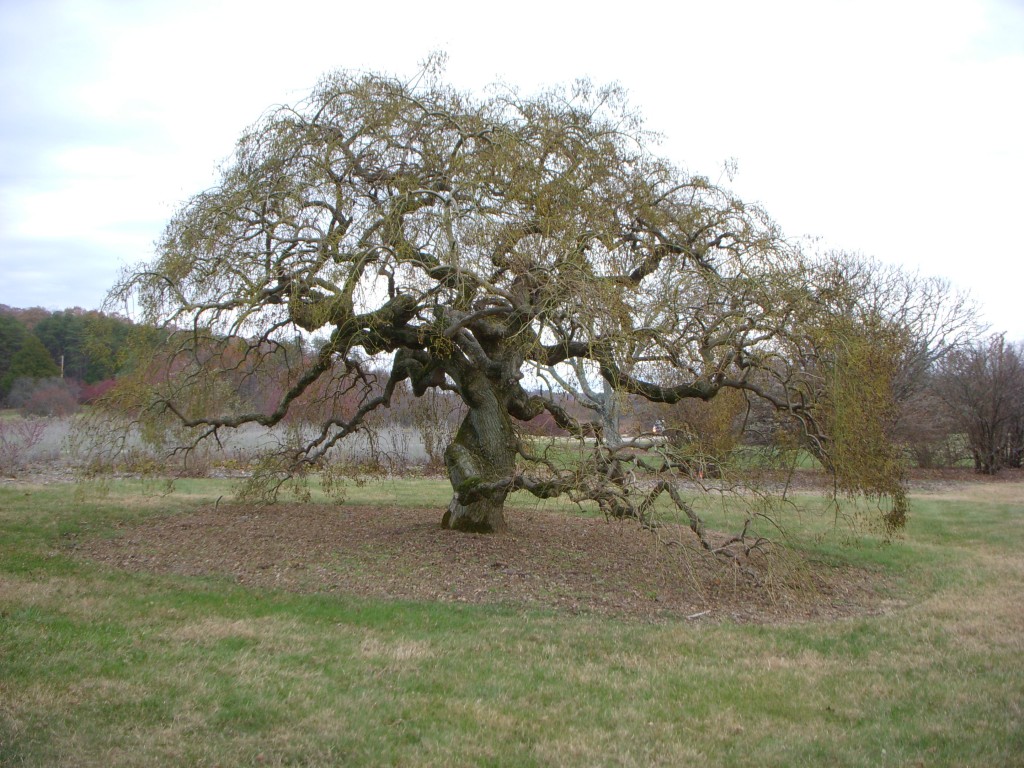 The Japanese Pagoda tree is a medium-size native of China & Korea which was introduced into Japan where it is often planted around Buddhist temples for its showy flowers. The bark of this tree is grayish brown and can become deeply furrowed with age. This tree has very distinctive fruit that grows in long yellowish pods. The Japanese Pagoda tree is often planted as a shade tree and as an ornamental.

Sophora japonica is in the same family of trees as our native Yellowwood.

The Japanese Pagoda tree was first introduced to the Western world via France in 1747. 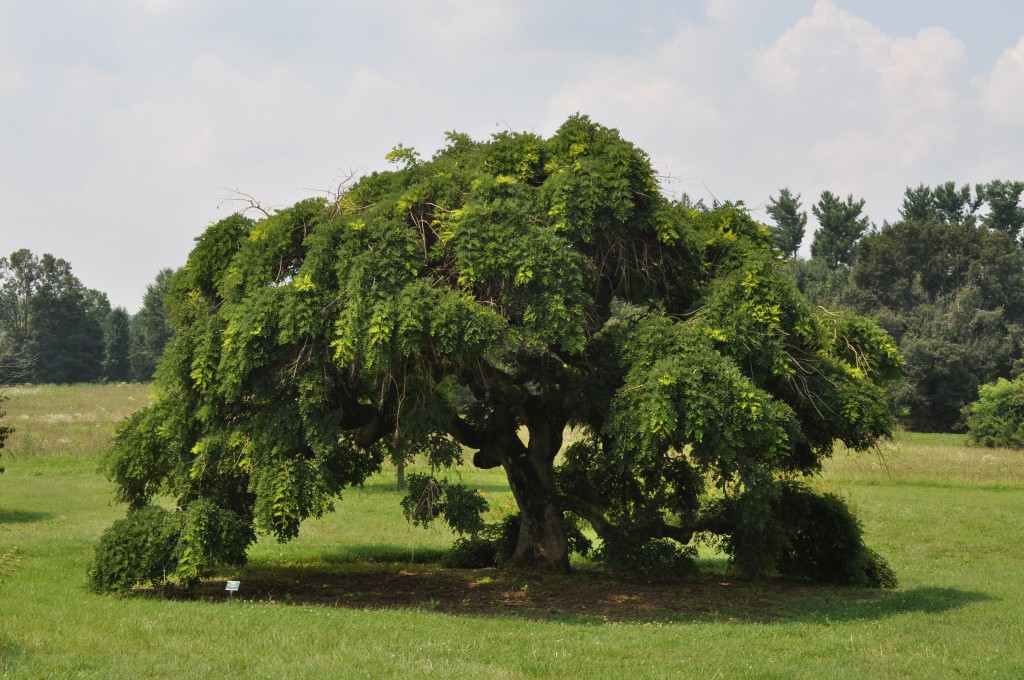 The weeping form of the tree was first seen in Shanghai in 1853 by famous plant explorer Robert Fortune.

In 1954 Bernheim received a single bud from a Sophora japonica ‘Pendula’ which was growing at Boone Gardiner Nursery in Louisville KY.

Our specimen was propagated from that solitary bud and has matured into the majestic tree you see today.

The weeping Japanese Pagoda tree can be seen on the right side of the Main Road just as you enter into the Arboretum.