You are here: Home / Blog / Come to Bernheim With Your Louisville Cultural Pass for Children 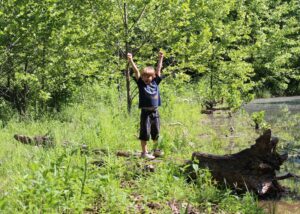 Bernheim is excited to participate in the City of Louisville’s new Cultural Pass for Children program, which is designed to expose children to the region’s diverse cultural arts attractions.

Children who get their pass stamped by at least eight different institutions this summer will be eligible for a grand prize – a family package of tickets to the Lion King Broadway musical, coming in March, 2015 and donated by Broadway Across America. There is also a draw for first prize – the use of Mayor Fischer’s suite at Louisville Slugger Field for one game.

Children and parents can pick up a pass (a punch card) from their local Louisville Free Public Library branch or Metro Parks Community Center beginning June 9. The pass is good through August 13.

The pass allows general admission access to one child and chaperon (if the child is under 16). Only one visit per pass per institution will be allowed.

We look forward to hosting many kids with their cultural passes this summer.