Bernheim is thrilled to welcome five new trustees to the board in 2023, in addition to a new slate of officers.

Hugh Archer recently retired from the Kentucky Natural Lands Trust (KNLT) after 25 years as a founder, former director and staff member. He has lived on a farm in Anderson County since the 1970s, where he still hasn’t cut the 130-year old tract of towering white oaks.

During his time at KNLT, he worked to protect an additional 1,368 acres on Pine Mountain near Cumberland, Kentucky, establishing the Warbler Ridge Preserve. Archer’s work with KNLT and partnership with Kentucky Woodland Owners Association have been instrumental in protecting Bernheim Forest and Fort Knox corridors. He was recently awarded the Forest Advocate Award by the Old Growth Forest Network.

Still in the game, Hugh plans to be involved in the Eastern Wildways Network which provides a vision of a migratory corridor from Florida to Nova Scotia. He will promote a new project funded by State Heritage funds matched to Land and Water Conservation Funds which were appropriated last year by Congress. He will also work for the Southern Conservation Partnership to serve as a fiduciary for multi-state projects. 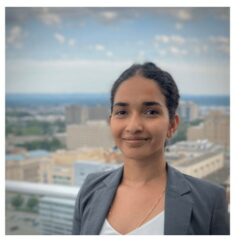 Sumedha Rao is the Sustainability Specialist in the Office of Advanced Planning and Sustainability in Louisville Metro Government. She is committed to catalyzing robust, inclusive, and collaborative solutions for a greener Louisville. She has a background in interdisciplinary sustainability, with a specialization in the urban and built environment. Previously, she has worked in the fields of green building, environmental advocacy, and environmental higher education in India and the U.S.

Sumedha has helped coordinate Louisville’s justice initiatives through the Communities LEAP program in partnership with Metropolitan Housing Coalition, Kentuckians for the Commonwealth, and the National Renewable Energy Laboratory. She is also the Vice-chair of the Kentucky Solar Energy Society and has worked on the Solar Over Louisville campaign. She was previously a program coordinator for Environment and Sustainability for Bangalore Political Action Committee in Bengaluru, India, and a project manager at Entegrity. She also served as a program coordinator for the National Council for Science and the Environment, in Washington, D.C.

Sumedha holds a master’s degree in Sustainability Science from the University of Massachusetts at Amherst and a bachelor’s degree in Environmental Science from St. Joseph’s College in India. She also holds a LEED AP accreditation. 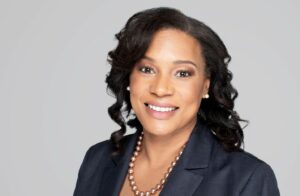 Johnetta Roberts is a community economic development professional. After a nine year career at a Community Development Financial Institution (CDFI), she launched the 40 & 1 Company in 2017. The boutique consulting practice specializes in business attraction strategies and real estate development projects primarily in West Louisville. Her mission is to attract amenities and services that the residents in West Louisville deserve. Career highlights include being a part of the development teams that launched Chef Space Kitchen Incubator which revitalized the former Jay’s Cafeteria site and The Village @ West Jefferson a new 30,000 SF mixed-use project that opened in July 2021 in the historic Russell neighborhood.

Roberts earned a Bachelor of Arts in Business Administration from Indiana Wesleyan University, is a Leadership Louisville Bingham Fellows Class of 2014 graduate and an active community volunteer. 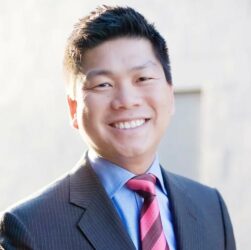 Eric Seto is a partner at onecore Ventures, where he builds his life around innovation, taking ideas into reality and helping people. He has spent his career in building capacity by helping bring vision, strategy, and execution together.

​Some of Seto’s career highlights include overseeing operations of a public/ private partnership with $53 million impact; consulted for an United Nations sanctioned NGO; create and funded the first Department of Labor certified Technology Apprenticeship training in Kentucky; developed national partnership with IRS, WalMart, Citi, Intuit, and other national brands; co-lead development around Healthcare Innovation and Nursing Facilities; launched a $500,000.00 first time homeownership program for employees; started a rehab/ wheelchair seating initiative for adult and pediatric patients;  and raise over $1 million dollars in philanthropy for children in need. He has served as advisor and national speaker on topics ranging from modern workforce, financial stability, innovation, partnerships, scale & sustainability, and volunteerism for groups such as Intuit Foundation, National League of Cities, United Way Worldwide, National Community Tax Coalition, and Points of Light Institute.​

​Eric holds two bachelor’s degrees in Business from the University of Cincinnati, Cincinnati, OH as well as continuing education around Healthcare and Technology related topics.  He was named a Business First “Forty Under 40” honoree, civic award by Internal Revenue Service and earned citations from Mayors and Governors.  He is active in American College of Healthcare Executives, Kentucky Hospital Association, Health Enterprise Network, and serves on the boards of Boy Scouts of America Lincoln Heritage Council, and Family Scholar House along with committee work with various civic organizations. 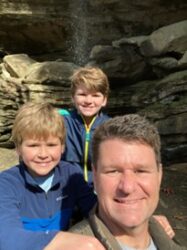 Zeb Weese is an Elizabethtown native. He first began visiting Bernheim as a child, and it was his first experience with a significant natural area – the sights and sounds of these visits helped inspire a career in natural areas protection and management. Zeb received a BS in Zoology, BA in American History, MA in History, and MS in Forestry with a Conservation Biology emphasis from the University of Kentucky. During graduate school, he worked part-time on weekends at Bernheim for several months in the visitor services department leading tours and other duties. He left to begin a 25-year career in conservation with the Commonwealth of Kentucky. Throughout the years he has helped protect or manage nearly 100,000 acres in over 70 counties, from hiking trails and greenspace to endangered species populations. But he has remained connected to Bernheim.

Zeb recently retired as the first Executive Director of the Office of Kentucky Nature Preserves after spearheading the creation of that agency through the merger of the Kentucky State Nature Preserves Commission, the Kentucky Heritage Land Conservation Fund, and the Kentucky Wild Rivers Program. He also served as Chair of the Kentucky Heritage Land Conservation Fund Board and worked closely with Bernheim on the protection of the Cave Hollow, Cedar Grove, and Big Level areas. Prior to becoming Executive Director, he spent over twenty years as a biologist, land manager, and environmental educator for Heritage Lands, Nature Preserves, Kentucky State Parks, and Kentucky Fish and Wildlife. For several years he worked with Bernheim staff on the bird-banding program under the MOTUS initiative.

Since retirement, Zeb has remained active in conservation as chair of the Stewardship Committee of the Kentucky Natural Lands Trust, also serving on the KNLT Executive Committee. Zeb has resided in Woodford County for the last 15 years with his wife Mary, Pastor of the Midway Presbyterian Church, and their sons Zeb Henry and Sammy. Bernheim is also a special place to them – both sons caught their first fish there.

In addition to the new trustees, Bernheim is thrilled to work with a new slate of officers:

We thank all of our trustees for volunteering their time and for their commitment to helping Bernheim further our mission of connecting people with nature.