You are here: Home / In the News / Bernheim Forest’s ‘love birds’ reunite in Canada to grow their family

Bernheim Forest has been documenting the journey of two rare Golden Eagles who return there every year.

Andrew Berry posts blogs about what the forest has learned about the pair since tracking began.

Most recently, they learned the two, Harper and Athena, have finished their great migration to Canada, and have reunited once again.
It was just February that researchers confirmed the birds were a breeding pair, and had actually hatched an egg in 2019. 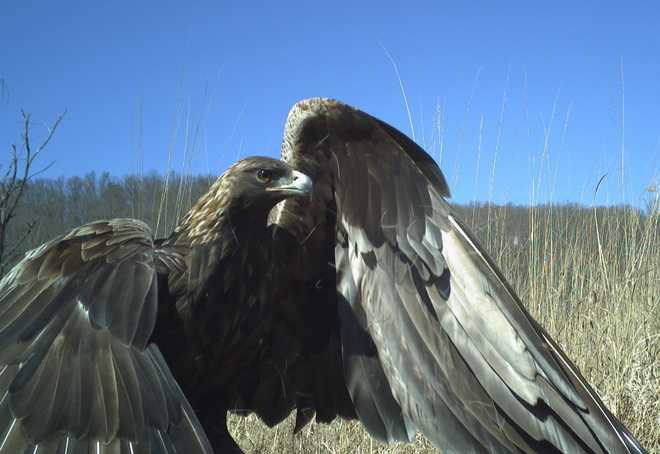 Now, it’s nesting season again, and it’s time for the love birds to grow their family.

Berry says Harper completed migration to their nest site in northern Manitoba on April 12. Athena arrived there a week earlier on April 6. 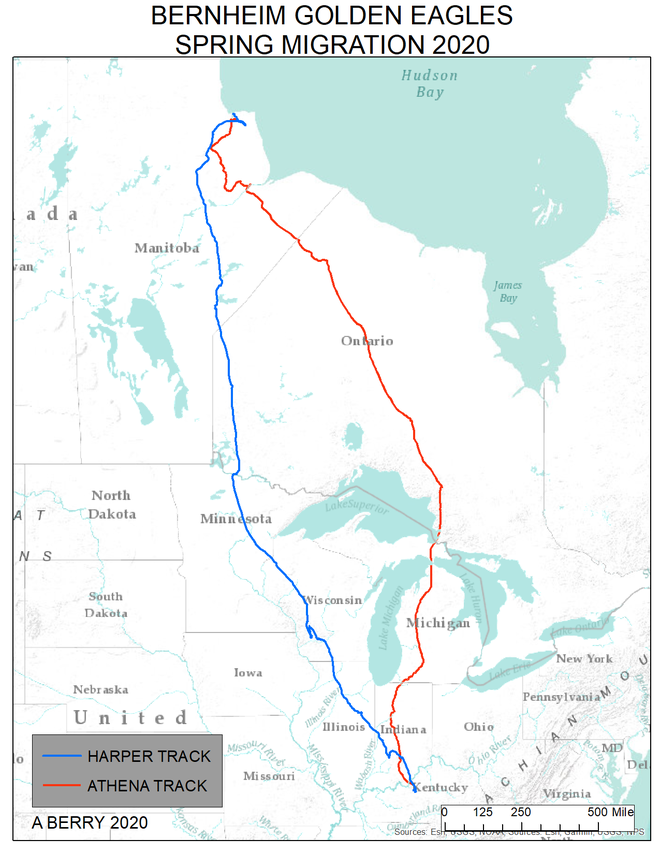 “Despite the challenges of migration and extreme cold weather, this breeding pair of golden eagles is well equipped to succeed,” Berry writes.

He continued, “Many mysteries of the Bernheim golden eagles have been solved by this research, and others still challenge our understanding of these birds. A second year of breeding season data is now being recorded, and if all goes well, will continue to shed light on the incredible lives of the Bernheim Golden Eagles.”