You are here: Home / In the News / Bernheim Forest gets $25k grant from Patagonia to fight pipeline project

A massive outdoor brand has awarded a grant to Bernheim Forest to help in a fight against a proposed natural gas pipeline.

Officials for the Bernheim Arboretum and Research Forest announced Friday that Patagonia had given the forest in Clermont a $25,000 grant to “help defend its conservation easement that protects its pristine forecast against a proposed natural gas pipeline.”

According to administrations, Quest Outdoors, an early supporter of the #SaveBernheim effort, helped secure the Patagonia grant. 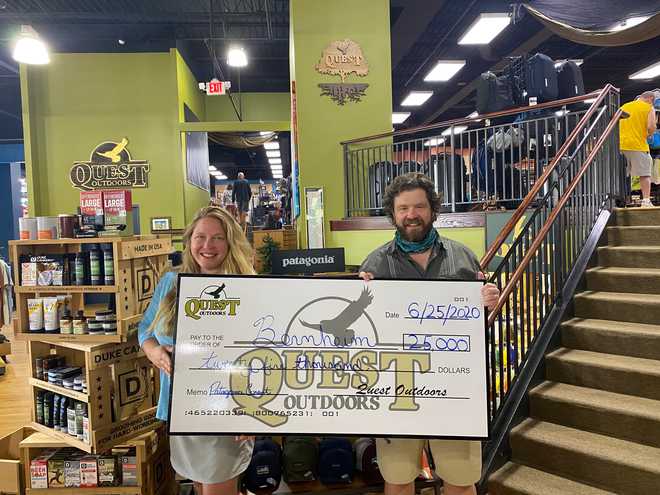 According to Bernheim officials, the natural gas pipeline by LG&E would cut directly through the forest’s Cedar Grove Wildlife Corridor, which is protected by a conservation easement and deed restrictions prohibiting destruction of forests, streams and springs.