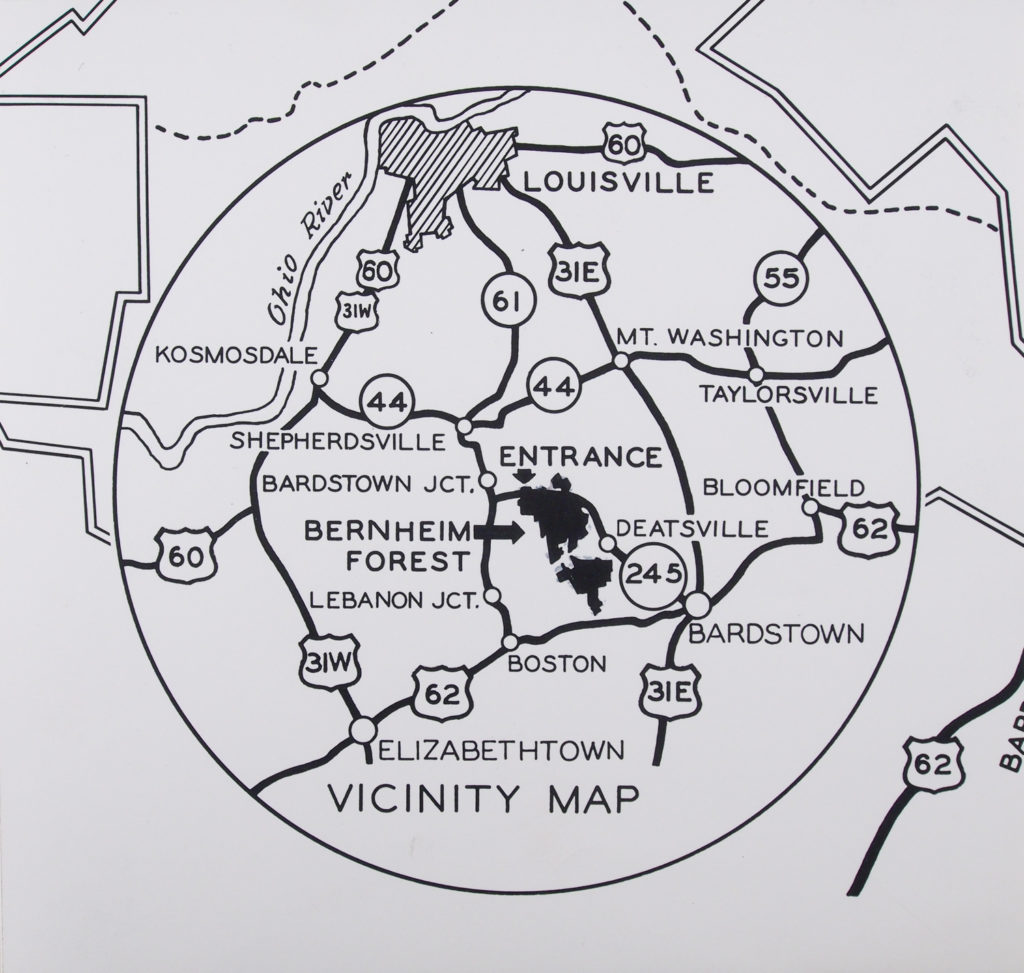 How do you get to Bernheim?  For the vast majority of our visitors, it is by car, though some will travel by bicycle and a few will walk in through the gate.  I start my frequent trips to the Forest by driving on several good quality, paved, two-lane roads, then on to I-65 and finally to KY 245.  A simple, stress free trip that I have made hundreds of times, nearly always problem free.

In Bernheim’s early years, the journey would have been far more difficult, not only from my home in rural Hardin County, but for anyone, from any location.  Many of the roads we rely on now didn’t exist and the others were primitive and unpaved.  Ninety years ago, in 1929, the closest paved road was KY 61 connecting Louisville to Shepherdsville — the portion of that road south of Shepherdsville was not yet paved.  Whichever road you took, your journey by car (or horse as was sometimes the case) was certainly more difficult and took longer than it would today.

I-65, the primary north-south travel route, did not yet exist.  Its predecessor, the Kentucky Turnpike, also had not yet been built.  That toll road, running only from Louisville to Elizabethtown, did not open until 1956, six years after Bernheim Forest opened to the public. The toll booths closed and the Kentucky Turnpike was incorporated into the new I-65 in 1975.

Other roads to or near Bernheim have a much longer history, though in a form very different from what we see today.  Prior to the Kentucky Turnpike or I-65, US 31W, often called the Dixie Highway, was the main north-south road in the region.  This road was first built around 1850 and was known as the Louisville-Nashville Turnpike.  It was a macadam (essentially crushed stone) toll road with toll booths about every five miles.

Highway 245, the road leading to the Bernheim Forest entrance, also has a long history.  In its earlier years, it was known as the Poor Farm Road.  In the early 1900s, Kentucky counties operated facilities for the housing and care of their poorest residents.  The Bullitt County Poor Farm was located in the area where the I-65/KY 245 interchange now sits.  As was true elsewhere, it included separate buildings for white and for non-white residents.  This facility operated until about the time Bernheim Forest opened to the public in 1950.  Over time, the designation of the road was officially changed to JY 332 and then to KY 245.  The road was improved, paved, and widened over the years.  It now connects with KY 61 in Bullitt County just south of Bardstown Junction and US 31E in Bardstown in Nelson County, a distance of 19.4 miles. 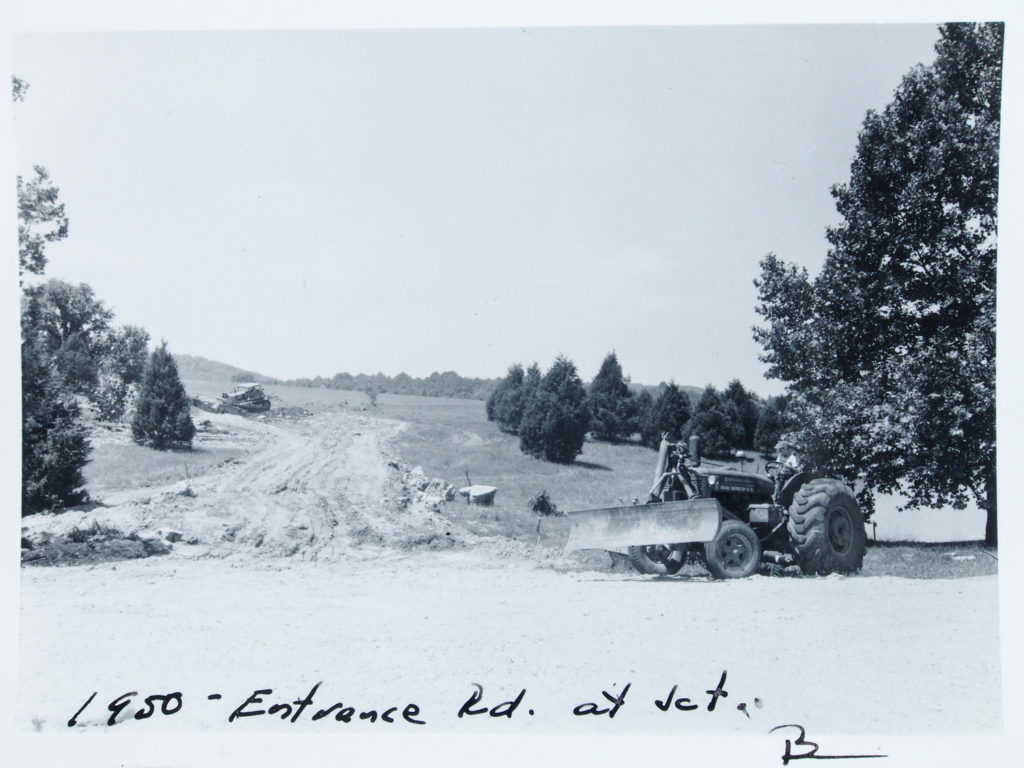 Of all of the primary roads used by our visitors, two have a much, much longer history – a history that could be fairly said to precede the presence of humans in the area.  For many thousands of years, large mammals, including bison and elk, made their way from the Bluegrass Region to the salt licks in this area by creating and following paths that paralleled the Salt River. These same paths were later used by Native American residents on their journeys and then, in the 1700s, by early European American settlers.  Those paths became known as the western portion of the famed Wilderness Road.  The road was gradually improved over the years and is now KY 44, the heavily travelled  road that stretches 70 miles from Anderson County through Mt Washington and Shepherdsville to a junction with 31W in Jefferson County.

Those old animal paths also gave birth to another main road artery in the region.  From Bullitt Lick and other salt licks in the area, the animals would often travel north to the Falls of the Ohio and beyond.  The path they made in those journeys would evolve to include human traffic and over time would become the heavily travelled KY 61, connecting Shepherdsville to Louisville where it is known as Preston Highway.

Whatever roads take you to Bernheim Forest, we hope you travel them often, in safety and comfort.  Enter the Forest where you can slow down your car and the pace of your life and enjoy the beauty and peace of Bernheim.