You are here: Home / Artist-in-Residence / Bernheim: A Natural Muse 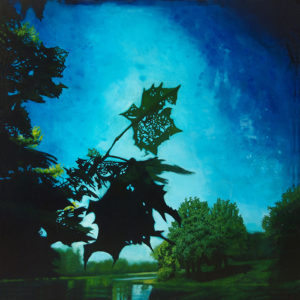 In celebration of the 35th anniversary of Bernheim’s Artist in Residence program, the exhibition, Bernheim: A Natural Muse, showcases a selection of work from past and recent the artists in including the premier of four large paintings by Chicago artist Don Pollack which he recently completed. The show takes place at the Carnegie Center for Art and History in New Albany, Indiana, January 22 – April 9, 2016. The address is 201 East Spring St, New Albany, IN 47150 There is an opening reception Friday, February 5 (rescheduled from January 22 due to inclement weather), from 6-8 PM that is free and open to the public.

2015 marks the thirty-fifth year of the Artist in Residence program at Bernheim. As a major component of Bernheim’s Arts in Nature platform, the Artist in Residence program advances the idea of a “museum without walls” by encouraging artists to research and explore concepts in their work while utilizing the arboretum and forest as a resource and site for their work. They do so through their discovery of place and interaction with Bernheim’s horticulture, education, naturalist, forest and regenerative design experts on staff. These resources are at the core of the residency opportunity. This creative incubator has lead to work about insect nesting, bird calling, microbial science, scent mapping, and a wide use of natural materials as well as work that exalts the beauty of the environment through painting and sculpture.

In 1929 I.W. Bernheim left wishes that his gift of land and funds to support it “… be used for a park, for an arboretum, and, under certain conditions, for a museum, all of which are to be developed and forever maintained … for the people of Kentucky, and their friends, as a place to further their love of the beautiful in nature and in art…”

The Artist in Residence program was conceived of in 1980 as a way to bring artists to Bernheim to create work and share their individual visions of nature with visitors. From the early sculptures by Paul Fields, through a decade of photography, to the painting, sculpture and more experimental media and installation work, each artist experiences and incorporates the natural world in their art.

The Artist in Residence Program is known internationally. It receives over 100 applications annually from all over the globe. Each artist is selected through a multi-tiered jurying process. Bernheim provides living quarters, a modest stipend, and studio space in exchange for an artwork, a site-specific sculpture or temporary installation. Artists are encouraged to explore ideas that reinforce Bernheim’s mission of “connecting people with nature” and to use their residency to take risks, investigate, experiment, and explore new avenues in their own work.

Artists included in the exhibition include: