You are here: Home / In the News / Bald eagle found injured in Bernheim creek has chance to survive thanks to volunteers

CLERMONT, Ky. —A bald eagle with serious injuries has a chance to survive after an “eagle-eyed” volunteer spotted it lying in a creek bed.

Eric Nally said he was taking part in an annual activity at Bernheim Forest called the Christmas Bird Count, which collects data on population trends, on Wednesday. While in his designated area, he found the eagle who appeared to be dead.

As he got closer, he said he saw the head move and noticed it breathing. Fearing for its health and that upcoming rain would pose a drowning risk, Nally sprung into action to find help for the bird.

He said he was connected with some people who are connected to the forest, Bill Napper, Wren Smith and Dan Pascucci, who came immediately. They also were able to contact Raptor Rehabilitation of Kentucky to pick up the eagle.

On Thursday, Nally told WLKY that he was told the eagle has high lead poisoning and internal trauma to the abdomen. 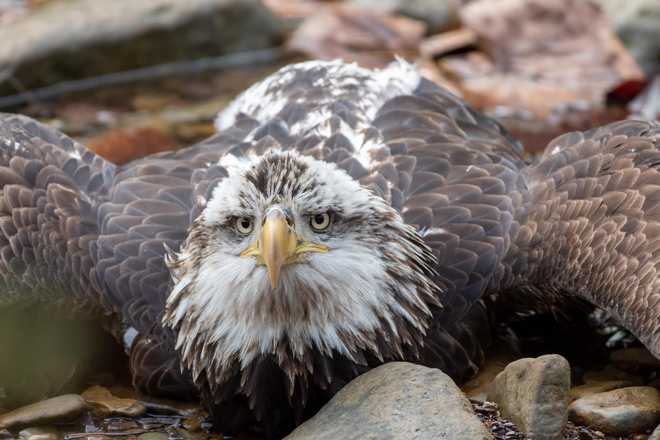 At this point, it is unclear what exactly happened to leave the bird so injured and its fate is unclear, but Nally remains hopeful.

“I know she is in great hands,” Nally said.

He took time in a Facebook post to thank all the people who helped come to the eagle’s aid.

“I know a lot of people don’t completely realize the impact a place like Bernheim makes in the area but it’s not just the park. It’s the people. They have top notch employees and volunteers alike that want nothing but the best for everything in nature. In fact, THEY are some of the best in nature! A special thanks to everyone that helped out today either in person or on the phone helping get things set up or telling me how to handle the situation.”